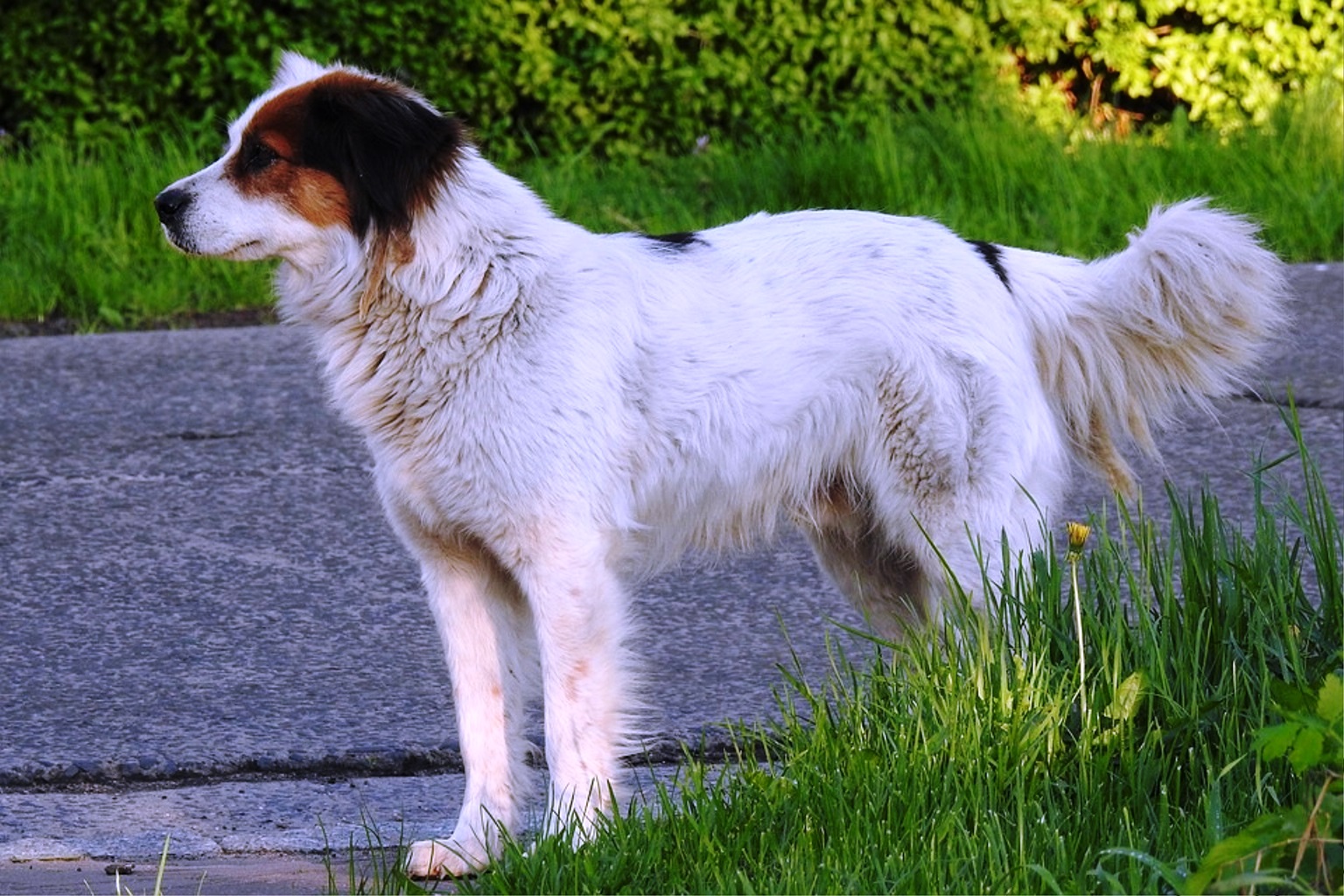 Tornjak dog breed is a large-sized livestock guardian dog breed with stable personality. The name Tornjak has been derived from the term Tor meaning enclosure for sheep and cattle.

The breed originated in Bosnia and Herzegovina and Croatia. It was initially called Kanis Montanus meaning Mountain Dog but the local people preferred to call it Tornjak.

The breed is believed to have been in existence since thousands of years. Research indicates that these pastoral dogs are most probably descendants of Tibetan Mastiff dogs.

This rare autochthonous breed with traits similar to that of other mountain dogs was registered in 1981 by the name Bosnian-Herzegovinian sheepdog – Tornjak. Certain other names for these dogs are Croatian Mountain Dog, Bosnian Shepherd Dog, Croatian Shepherd Dog and Hrvatski pas Planinac.

Tornjak dogs have a well proportioned, powerful, square build. Chest is broad and strong. Head is elongated and stop is slightly pronounced. The medium sized ears are triangular in shape and are covered with hair.

The almond shaped eyes end to be dark brown in color. The shabby tail is long and set moderately high. Hair coat around neck gives the appearance of a mane. The coat does not part along the back.

Color: These dogs are mostly parti colored with markings of a variety of solid colors. Dominant ground color is white.
Height: The average height of these dogs is 25 to 27 inches. Female Tornjaks are generally 23 to 25 inches in height.
Weight: Male: 35–50 kg and Female: 28–40 kg

Even though the hair coat of these dogs is thick, dense, long, straight and hard textured, it does not require extensive grooming. It just needs to be brushed from time to time to remove loose hair and dead skin.

It is suggested to feed low protein diet to the dog as it has been observed that high protein diet actually ruins the hair coat probably because of the fact that these dogs were originally fed poor diets.

The temperament is calm, friendly, brave, protective, obedient and self confident. These alert and vigilant dogs make wonderful watchdogs. They are neither overly shy nor excessively aggressive.

These intelligent dogs are easy to train. They tend to learn tricks quickly and with great enthusiasm. Tornjak puppies should be socialized from the beginning itself so that they can get along well with other pets in the house.

These dogs are usually affectionate with family but suspicious of strangers. Although primarily used for herding and protection of livestock, these beautiful dogs make outstanding family pets as well.

These large and powerful dogs need to be taken for long daily walks to fulfill their exercise needs. Plus, they need plenty of space in properly fenced yard for play. You can also keep the dog outdoors even in cold but make sure there is proper shelter for your beloved companion.

These agile dogs love water and hence enjoy swimming too. They are considered more suitable for rural or suburban settings rather than sedentary apartment living. Tornjak breed dogs can endure all weather conditions.